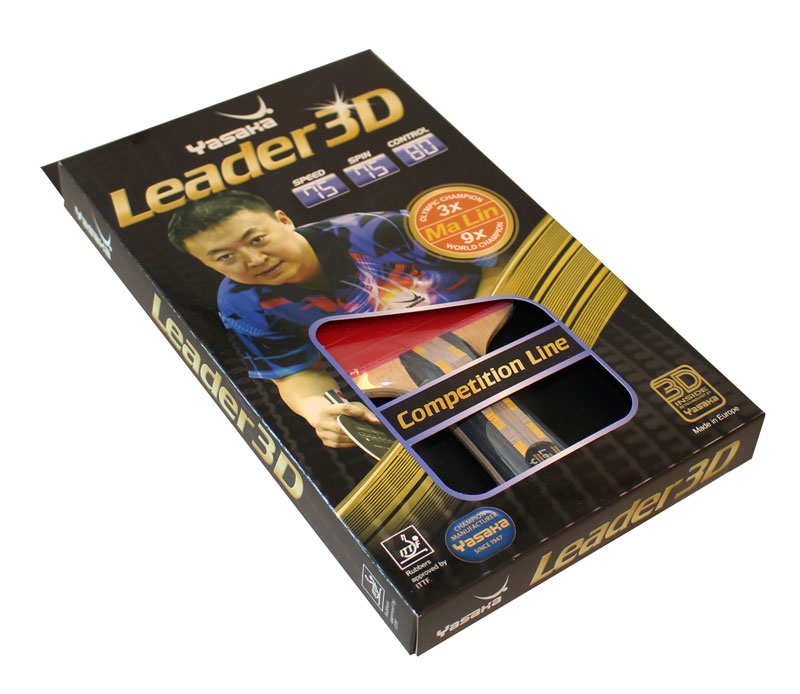 Yasaka Leader 3D is high quality a competition bat with a blade similar to swedish competition plywood and Top 12 rubbers, designed for the young competition player, playing an allround game. Rubbers with high friction and 2 mm sponge for good speed.

The bat has the special 3D technique inside. The 3D technique was developed in the famous blade factory in Tranås, Sweden. The 3D Yasaka model has introduced a new idea in construction and production of table tennis blade, thus giving a faster complete bat. The 3D construction, gives more flexibility to the blade and helps to generate a catapult effect, increasing power when hitting the ball.

Line
Competition
Speed
80
Spin
75
Control
75
We use cookies on our website to give you the most relevant experience by remembering your preferences and repeat visits. By clicking “Accept”, you consent to the use of ALL the cookies. However you may visit Cookie Settings to provide a controlled consent. Read More
Cookie settings Accept
Manage consent